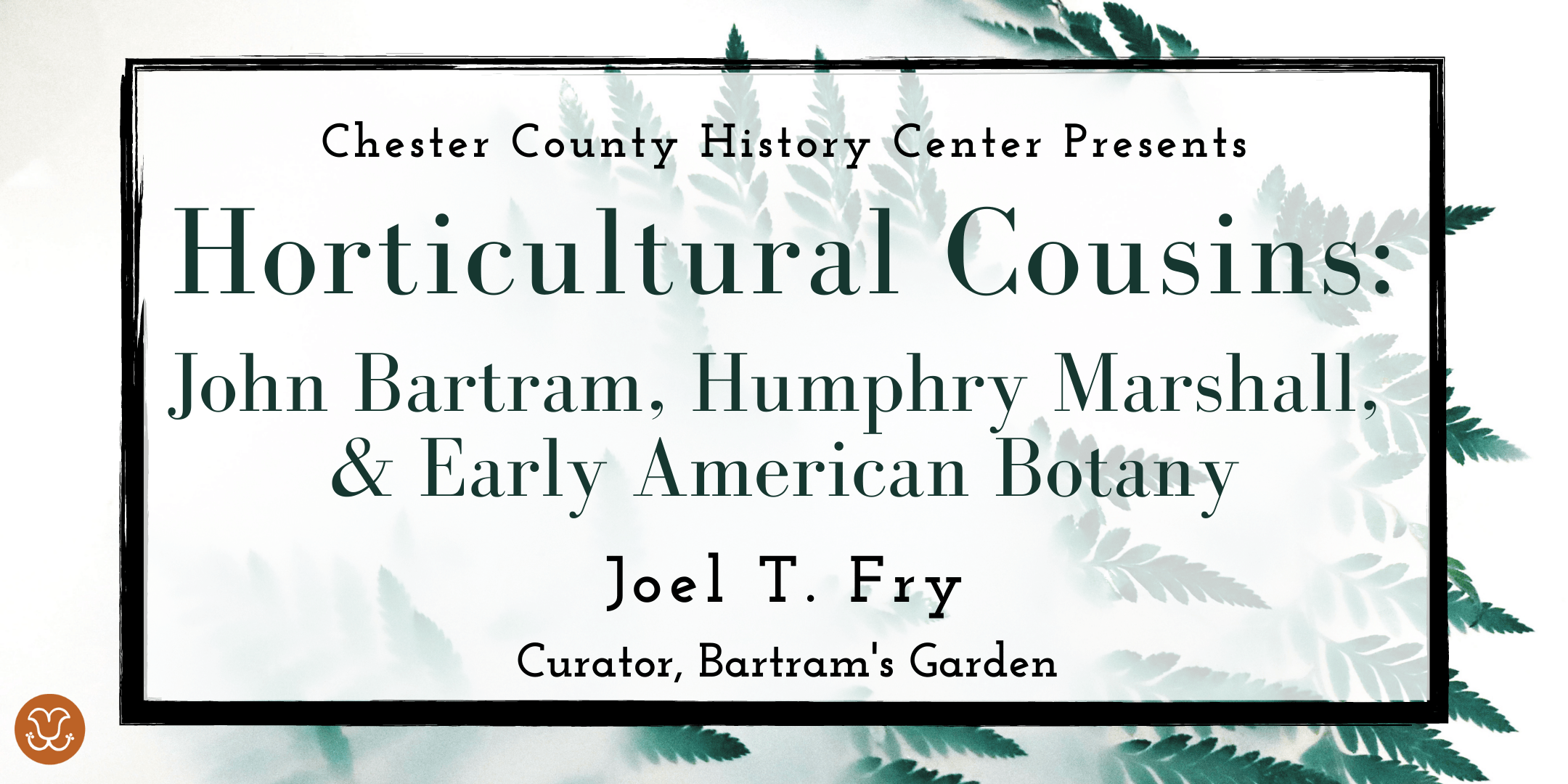 Pennsylvania Quakers John Bartram (1699-1777) and Humphry Marshall (1722-1801) have been frequently connected in histories of early American plant science, but it is not always apparent how closely related the two botanists were. As first cousins, and part of a large extended family, Bartram and Marshall, (and their close relations) made a good living from botanic collection for export to Europe. This talk will discuss the Bartram and Marshall plant business—their gardens, botanical collections, publications, and the 18th c. trade in North American plants. In the generation following botany and horticulture have remained an important part of the cultural history of the Philadelphia area.

About the Speaker: Joel T. Fry has served as curator for Bartram’s Garden, the home of John and William Bartram in Philadelphia, PA, since 1992. He first became involved in archaeological research at Bartram’s Garden in 1975, and has participated in a number of archaeological and historic research projects at the garden sitesince. He studied anthropology, historical archaeology, and American Civilization at the University of Pennsylvania, and has written extensively on the history of Bartram’s Garden and the Bartram family plant collections.

Pay as you wish!