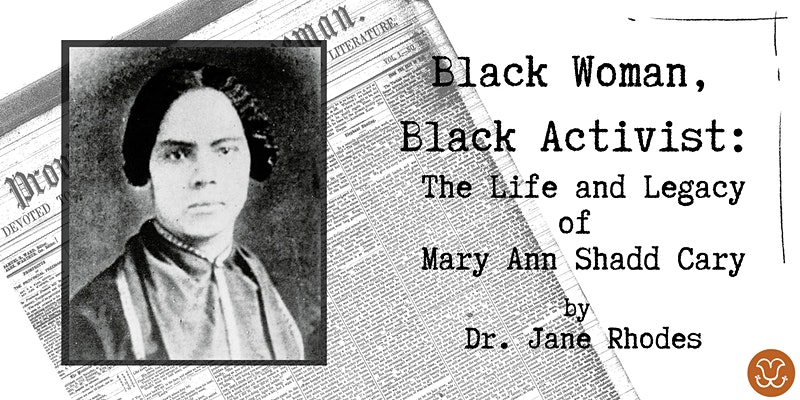 Mary Ann Shadd Cary was a courageous and outspoken 19th-century African American who used the press and public speaking to fight slavery and oppression in the United States and Canada. Her life provides a window on the free black experience, emergent black nationalisms, African Americans’ gender ideologies, and the formation of a black public sphere. Mary Ann Shadd Cary was born in Wilmington, Delaware and grew up in West Chester, Pennsylvania, and those experiences shaped her outlook as orator, journalist, teacher, and activist.

Jane Rhodes is Professor of Black Studies at the University of Illinois-Chicago. She has also held faculty positions at Macalester College, UC San Diego, and Indiana University. She studies the media representations of Black social movements, the history of the Black press, and Black women’s history. Her books include Mary Ann Shadd Cary: The Black Press and Protest in the Nineteenth Century (Indiana University Press); and Framing the Black Panthers: The Spectacular Rise of a Black Power Icon (University of Illinois Press) now in a second edition. Her current project, Rebel Media: Adventures in the History of the Black Public Sphere, is a collection of critical essays on radical black media in the twentieth century.

Get Your Tickets Here! 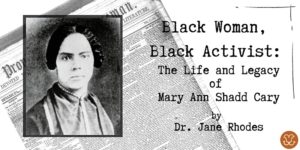